The Kamloops RCMP Detachment is turning to the public for help identifying a suspect from a recent bb-gun shooting.

On March 25, around 8:40 a.m., police were called to the 200-block of Tranquille Road after a man was reported as having shot a bb-gun at a person from a car window. The person was not hit, but the glass doors to a business were damaged. Surveillance footage showed a brief confrontation between the driver of the car and the suspected target prior to the shots being fired.

The man is described as Caucasian. He was driving a green Audi with BC licence plate, LR3 58P. 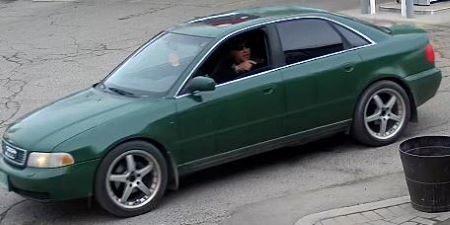 Click to view larger image: A Caucasian man in dark sunglasses points his hand out the driver’s side window of a green four-door sedan with a sunroof. 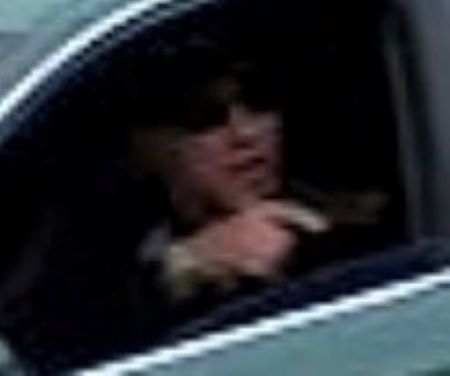 Click to view larger image: A Caucasian man in dark sunglasses points his hand out the driver’s side window of a green vehicle.

We are releasing the driver’s image, as well as the description and license plate of the vehicle, with hope that information can be provided by the public to help police further the investigation, said Constable Crystal Evelyn, Kamloops RCMP Spokesperson.

Police are also trying to reach the man who was the intended target. Anyone with information is asked to please contact Kamloops RCMP at 250-828-3000 and reference file 2021-9184.