On June 21, 2020 Salmon Arm RCMP received a report that a 2016 Jayco tent trailer had come unhitched from a black pick-up truck as it traveled along 15th Street SE in Salmon Arm.

The trailer then came to a stop after hitting a tree. The driver of the truck, which had been towing the trailer, failed to remain at the scene and fled the area.

The truck was described to police as a smaller black pickup truck, possibly a Mazda. The driver of the truck was believed to be a female.

The investigation led police to call the registered owner of the tent trailer, who confirmed it was supposed to be at a storage facility, and if it was not at the facility, then it was considered stolen. The damaged trailer was towed from the scene and an investigation was initiated.

Police conducted a review of video surveillance footage in an effort to determine who may have been responsible for the alleged theft.

RCMP is now releasing images of the two unknown female suspects, associated to the suspect vehicle involved, which is now confirmed to be an older model Toyota pickup truck. 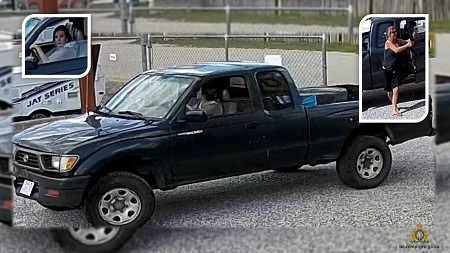 View larger image: A collage of photos which shows the suspects and the suspect vehicle; 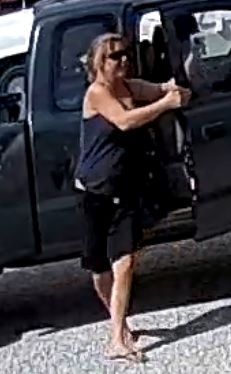 View image of: Suspect 1, seen at the passenger side of the suspect vehicle; 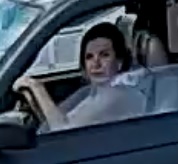 View image of: Suspect 2, seen in the driver’s seat of the suspect vehicle;