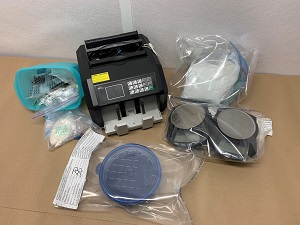 An RCMP investigation led to the execution of three Controlled Drug and Substance Act (CDSA) search warrants and the dismantling of an alleged fentanyl trafficking operation.

Chilliwack RCMP Crime Reduction Unit (CRU) initiated an investigation in March 2021 when police received reports concerning the suspected trafficking of fentanyl at an address in the 46000-block of Yale Road.

While police pursued their investigation evidence gathered by officers linked residences in the 46000-block of First Avenue and the 7700-block of Luckakuck Place to the alleged sale of fentanyl at the site.

Officers seized drugs believed to be fentanyl, cocaine, paraphernalia consistent with the sale of illegal drugs, cash, a car and a truck as well as a motorcycle reported stolen to Hope RCMP in 2020 during the searches.

We credit alert citizens reporting unusual activity to police as a key component of our investigation, says Corporal Mike Rail spokesperson for the UFVRD.

The RCMP will forward, following a thorough review of evidence, all circumstances of the investigation in a report to the Public Prosecution Service of Canada (PPSC) for their assessment of CDSA charges.

Tips on how to spot a crime house or drug dealer in your neighbourhood:

RCMP remind everyone who witnesses anything they believe to be suspicious in nature to contact the Chilliwack RCMP at 604-792-4611 or, should you wish to remain anonymous, call Crime Stoppers at 1-800-222-8477 (TIPS).