The Kelowna RCMP is investigating after an unknown male suspected allegedly robbed a business.

The suspect allegedly entered the business where he produced what appeared to be a handgun and demanded cash. He fled the scene with an undisclosed amount of money.

Officers conducted a thorough search of the area, but did not locate the suspect. 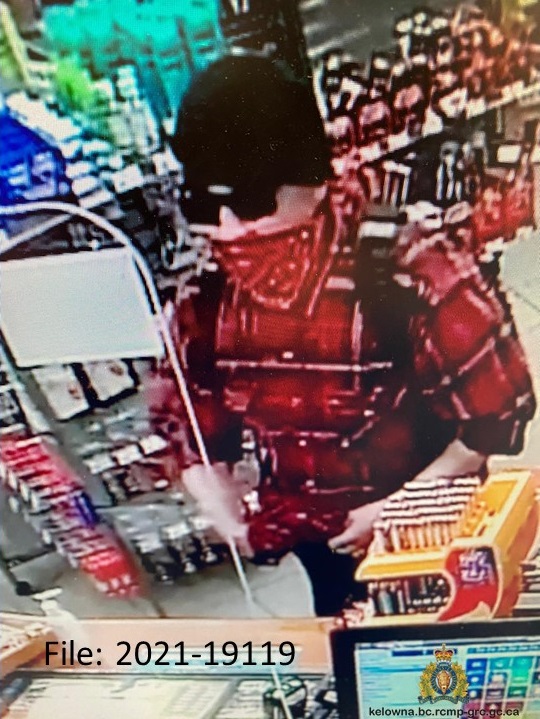 The suspect was described as:

He was wearing sunglasses, a dark toque, a red and black plaid shirt, and had a red bandanna on his lower face.

Fortunately no one was injured in this robbery, but the worker was extremely shaken by this incident, says Cpl Jocelyn Noseworthy of the Kelowna RCMP. We are appealing to anyone with information to come forward and speak to us by calling 250-762-3300, or remain anonymous by calling CrimeStoppers at 1-800-222-8477.