String of break and enters in commercial area

In each case, a glass door was broken to gain entry, but strangely very little is reported to have been stolen. In some cases, maybe nothing at all. A suspect was captured on video surveillance, and his image is being shared publicly in hopes that someone may be able to identify him.

It's too early to say that the same suspect would be responsible for all of those incidents, but investigations are ongoing and it's certainly a possibility, said S/Sgt Mat Van Laer of the Kamloops RCMP. 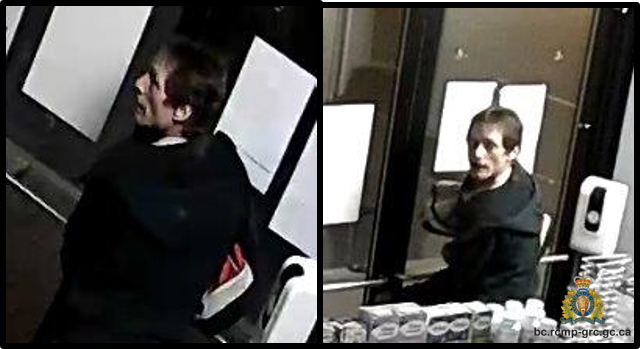 The male was described as Caucasian, wearing a black hoodie and carrying a red and white back pack.

We are hoping to have a better idea once the videos from all the different locations are collected, adds S/Sgt Van Laer. We certainly appreciate the frustration for the business owners of the area, so any help from the public or neighbouring businesses is welcomed.

RCMP is asking for anyone with any information about these break‐ins to contact the Kamloops RCMP Detachment at (250) 828‐3000.