The Kamloops RCMP Detachment is asking the public to take a look at surveillance footage from a
New Year’s Day assault at a retail store.

Around 5 p.m. on January 1, 2021, frontline officers were called to a retail store on the 1100-block of Columbia Street West for a report that several employees had been sprayed with what was believed to be bear spray, after confronting a man attempting to steal.

Since the report, police have received surveillance footage of the man and are asking the public to help identify him. 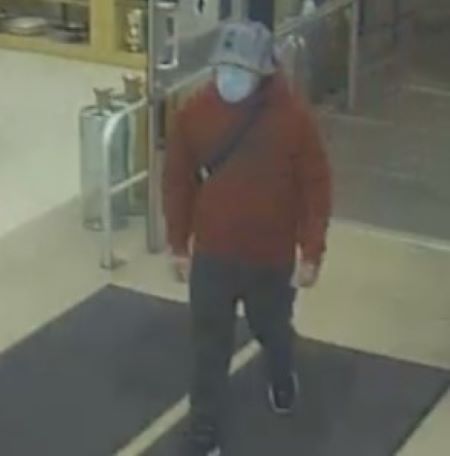 The man is described as:

He was last seen wearing;

Please contact Kamloops RCMP at 250-828-3000 and reference file 2021-62 if you have any information to assist in this investigation.

The original media release can be viewed online at the BC RCMP Kamloops.