The Kamloops RCMP Detachment is excited to welcome one of its previous constables back, but at a higher rank this time around. 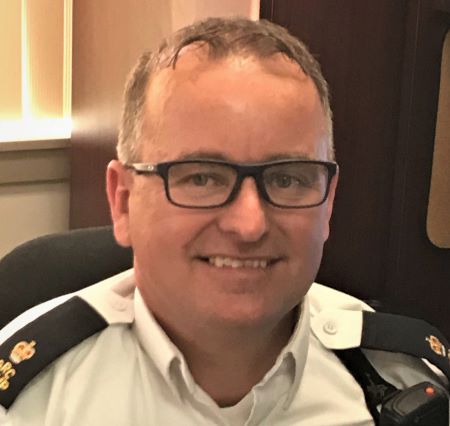 The former Williams Lake Detachment Commander is no stranger to the area, having grown up in Cache Creek and Ashcroft, and attending university in Kamloops before joining the RCMP in 1999.

I look forward to being back in the area and working with the women and men at the Kamloops RCMP Detachment, said Insp. Pelley. Great work is happening here and I’m excited to be able to contribute to advancing the detachment’s strategic priorities, enforcement initiatives, collaborative approaches and continuing the amazing efforts currently underway.

In nearly his 22 years of policing, Inspector Pelley has worked in numerous positions and detachments throughout British Columbia, including as a Corporal in 100 Mile House, a Sergeant and Detachment Commander in New Hazelton, Staff Sergeant in the North District Advisory role for the Cariboo Chilcotin Region, and most recently, Inspector and Officer in Charge of the Williams Lake RCMP Detachment.

During his 4.5 years in Williams Lake, a community known nationally for its violent crime, the detachment engaged in enforcement strategies and projects on violent criminals, indigenous gangs, drug traffickers and prolific offenders, as well as public trust initiatives. As a result of the team’s strategic priorities and measured results on crime reduction, Williams Lake had moved from being in the top three nationally to being ranked number seven on the Statistics Canada’s Crime Severity Index.

Inspector Pelley is looking forward to working with the Kamloops RCMP Detachment in the service delivery to the community and surrounding area.