Can you help ID suspects of a catalytic converter theft?

Title: Can you help ID suspects of a catalytic converter theft?

Surrey RCMP is requesting assistance from the public with identifying a man and woman involved in the theft of a catalytic converter, in Guildford.

Photos are being released of two suspects, who are believed to have stolen a catalytic converter from a motorhome parked in the driveway of a home in the 11200-block of 140 Street. On March 11, 2021 at approximately 1 p.m., a male and female were captured on video entering the property and then leaving in an older model dark coloured SUV, prior to police arrival.

After other investigative avenues have been unsuccessful, police are seeking help from the public to identify the suspects. (See attached photos.) 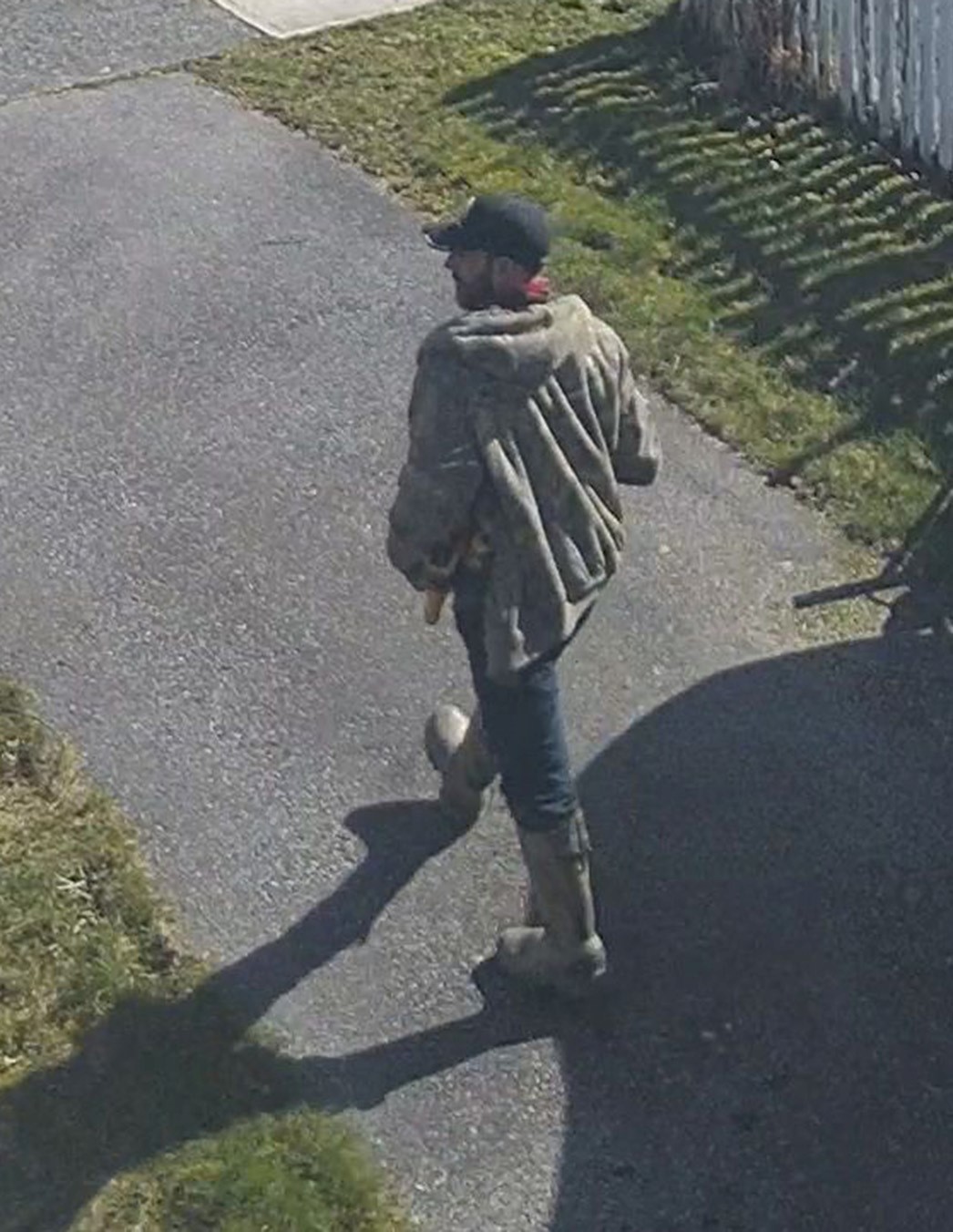 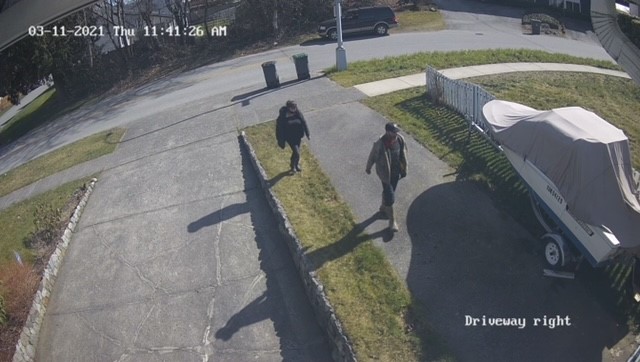 The man is described as Caucasian, approximately 50-years-old, approximately 6’0, with a goatee, wearing a black baseball hat with a white logo on it, camouflage print jacket, blue jeans and beige boots.